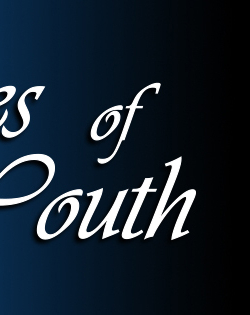 Alumni to Reprise Solo Roles at Voices of Youth

This is Part 1 of a two-part story about Elise Vreede and Megan Fletcher, two ICC alumni who are returning to perform solos in “Evening Song of St. Petersburg” at Voices of Youth. They originally sang these on tour in Russia as ICC singers. First, we will hear from Elise Vreede.

Where is she now?
I am a second-year medical student at Marian University College of Osteopathic Medicine. I hope to pursue a career in critical care pediatrics or emergency medicine/pediatrics.  I also serve as the director of LGBQT cultural competency for OutCare Indiana, and the president of the ICC Alumni Association.

Memories of the Russia tour:
When we left for Russia, there was only one planned solo in Evening Song, and that was given to my dear friend, Megan. However, the night before we were supposed to record the song in Moscow, the choir was continuing to struggle with the fourth verse. So Mr. Leck asked if there was anybody who knew the words, and I timidly raised my hand. He asked me to sing it, and a short verse later, the fourth verse became my solo.

When we first set foot in Moscow and St. Petersburg, it became clear that the citizens had misgivings about our presence, but their demeanor quickly changed once we showed our respect for their culture by performing beautiful Russian pieces.

I’ll always remember performing in St. Petersburg with the local children’s choirs. The audience was actually singing along with us, and gave us a standing ovation. It was so empowering to be able to connect with others in this way.

Takeaways from her time in the ICC:
In addition to the amazing friends whom I lovingly call my surrogate sisters, the ICC inspired my own interest in understanding other cultures. I vividly remember the times the directors taught us the language of a song, the history behind it, and its cultural relevance. It was an invaluable lesson that has shaped my entire way of thinking. As an aspiring physician I strive to bring that same patience, individual attention, and empathy to each patient.

Prior to joining the ICC, I was introverted and lacked confidence, but I soon changed after joining in 2002. In fact my mom noticed I was genuinely happy. That positive growth continued through my graduation in 2008. For me, the ICC has been a welcoming family that cultivates positive self-image, respect for others, and a sense of purpose, even at the earliest stages.

I continue to hear both singers and alumni describe the importance of the ICC. Such an intense bond inspires me to serve on the Alumni Association board, in order to ensure it continues to have a wide-reaching positive impact.

Next month we will hear from Elise’s fellow soloist, Megan Fletcher.

Voices of Youth and Tapestry of Song are Sunday, March 13 at Hilbert Circle Theatre. Click here to purchase advance tickets.

Q & A with Chelsea

What I Found at Pearl Harbor