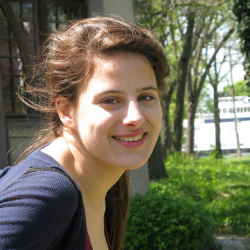 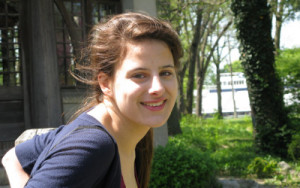 ICC Alumna to be Featured at Sweet Melodies Concert

Amelia Keenan shares her thoughts on her experience with the ICC as she prepares for the fall concert.

This year’s Sweet Melodies concert has a current of collaboration running through it. We are excited and honored to welcome special guests from the New World Youth Orchestra, who will be performing with our singers. Additionally, the ICC will welcome back eight-year alum Amelia Keenan as a guest soloist on the Gloria by Francis Poulenc. Last year, Ms. Keenan received a bachelor’s degree in vocal performance and is currently pursuing a master’s degree. Ms. Keenan – of whom we are incredibly proud – was able to take some time to speak with the ICC about her time in the choir and thoughts on the legacy of the past 30 years.

I am unbelievably excited to be a guest soloist at Sweet Melodies this year. It has always been a dream of mine to come back and sing with ICC. It’s an incredible honor to be asked; and in addition, Poulenc’s Gloria is a stunning piece of music. Poulenc is one of my favorite composers; but it is because I will have the opportunity to sing with IYC that I am most excited. I was a member of ICC for eight years, and I left IYC just five years ago. Further, my brother is currently a member of IYC. Whenever I came home, I would sit in on his rehearsals because I was never able to make it home for the performances. It will be very special to share this opportunity with him.

I began singing with the ICC in 2002. My interest in the ICC started in the fourth grade, after participating in the Summer Choral Festival with the encouragement of my first music teacher. I sang first with Ms. Dwyer’s Chamber choir, then in her Concert choir. At the end of my year with Concert choir, Mr. Leck began telling the choirs about his new plan for the touring choirs. He was introducing a brand new choir, Cantantes Angeli (CA), and there would be special auditions. It sounded like the world’s best choir! At 11 years old, there was nothing that I wanted more than to be a part of such music making. But at the time, I doubted myself completely. I thought I wasn’t good enough even for the audition and decided right away that I wouldn’t audition for CA. It was only a few weeks later that the choir coordinator called groups of us out to audition and then all of a sudden, there I was, standing in Mr. Leck’s office. I remember being horribly nervous. But after I finished singing, Mr. Leck stopped and looked right at me and asked, ”How would you like to be in CA, Amelia?” I said, ”I don’t know, I never thought about it before.” The following September, I was standing in the front row, the youngest member of CA and scared out of my mind. Not only was everyone taller, but they all had more experience than I did. I had never been so challenged musically; but I learned fast and a great deal more than I might have otherwise. I spent the next four years in CA, traveling to China and Miami. I graduated from ICC in May 2008 and began singing in the Indianapolis Youth Chorale (IYC) just 3 months later.

In 2010, I left IYC to accept a scholarship to the Interlochen Arts Academy for my senior year of high school. This past May I graduated with a bachelor of music in vocal performance from Oberlin College-Conservatory, and this fall I began a master’s program studying vocal performance at L’Université de Montréal. I am in love with my work. Singing has always been at the center of my life; but now I truly understand the joy one feels to be doing what they love every day.

My favorite ICC experiences and memories came in those moments of inspiration and expression. There were countless times when I would feel the music running through my bones as the choir sang as one. I lived for the moments in rehearsal when Ms. Dwyer, Mr. Leck, or Ms. West would shout over our singing, encouraging us to listen to each other in order to inspire the music. The passion in their voices would surge through the choir and all of a sudden we would feel the strength of our unity.

Sometimes we would discuss the meaning behind the text of a song because it was difficult to make sense of the text or because we needed to establish a common objective. Other times we didn’t need to speak; we just knew. No matter which song it was, so often there were moments as I was singing with the choir when everything around me seemed to fade away. I could feel my friends surrounding me; the conductor was in front; and nothing else existed outside of the music.

I am a musician, a classical singer, and an artist. Nothing makes me happier than to be surrounded by art, especially music. In addition to many different types of music, ICC exposed me to numerous languages, ways of thinking, cultures, and most importantly they gave me the keys that I needed to be a musician. For me, they did that through the music that they exposed me to. I still have so many of those songs playing in my head today. ICC taught me to truly listen to music, and not just let the sound pass by, but to breathe with and within that sound. They taught me to dig deep, to develop an understanding of the text, to establish a personal relationship with the music, and to sing it each time as if it would be my last.

Mr. Leck has given the children of our community the unique opportunity to gain an appreciation of music and culture. He has taken the children of Indianapolis all over the world to represent this city. To inspire a person is one thing, but to inspire children is to empower them. I believe that children need inspiration just as much as they need the air they breathe. As a child, I felt strongest, most confident, incredibly happy, and fulfilled when I was surrounded by music. Henry Leck has spent 30 years inspiring thousands of children to use their voices. Through music he has taught children the value of their own voices and the importance of sharing those voices with others around the world. That was the key for me, the ability to unlock my own voice.

There is a reason why so many children sing in the ICC – because it makes them happy. To sing in the ICC is to feel joy. I felt it on day one, and I have felt it every day since.

Tickets are on sale now for Sweet Melodies. Make your purchase part of a season ticket package by October 14th and save!

In October, Cantantes Angeli (CA) performed the world premiere of From Rivers, composed by Caroline…

From ICC Camper to Teacher